Does this describe you?: "I love the sport but it's too damn hard to follow." Maybe this brief regular column by AthleteBiz Board Member, Steve Fillebrown is your answer.
posted March 5, 2015

Much of the indoor season has been about chasing fast times but the focus was on winning last weekend at the USATF Indoor Championships. Three days of quality track and field from "the Reg" in Boston.

The AthleteBiz honor roll from the meet is long and diverse, with all the disciplines covered.  In the multis, Sharon Day-Monroe got her 4th consecutive US indoor pentathlon title and Jeremy Taiwo tallied a meet record (and world leading) 6,273 points to win the heptathlon. Taiwo: "My legs felt heavy going into the high jump and I tried to stay in the right mental state. I started having fun then, and I felt powerful. It was good.” Indeed it was. 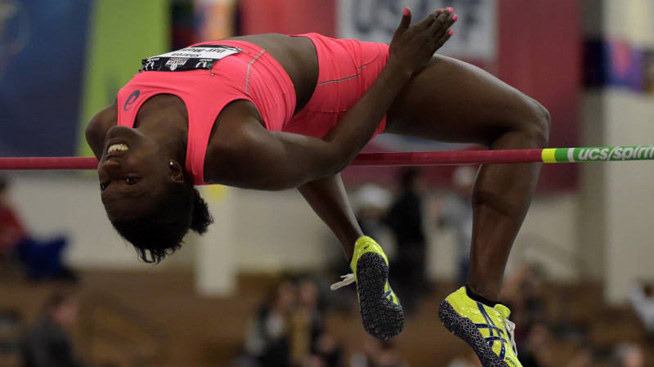 Sprints were covered. Manteo Mitchell looked strong taking the 300m, then followed with the quote of the meet. When asked about the strategy of running in the outside lane, he said "I go through the no butt cheeks clause, that’s what my coach calls it. As long as I don’t see any butt cheeks, I’m doing my job." A few hours later #NoButtCheeks was trending on Twitter. In the 60 HH, Jeff Porter took third to Aleec Harris, and in a competitive 600m, Je'von Hutchison brought home 3rd, just ahead of Erik Sowinski, though he might have been hoping for more given his stellar indoor season to date.

AB was well represented in the distance races too. Ryan Hill ran smart to take the rarely contested - at this meet anyway - 2 mile.  Alternately insistent ("Even if it meant running in lane 2 or outside lane 1, I always stayed with the leader") and patient (He told Ato Bolden after the race that he chose to wait to take the lead until he was sure he could get to the turn first), his tactics paid off. Garrett Heath was in the mix as well, finishing fourth. 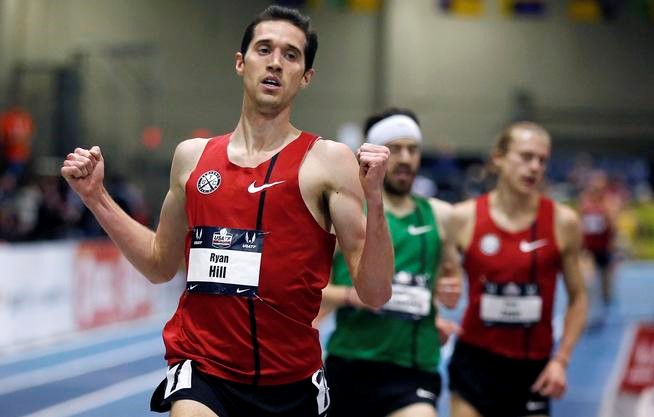 Katie Mackey chased winner Shannon Rowbury all the way to the tape to take second in the women's mile. Rachel Schneider, who had led much of the way, finished a strong 3rd and Heather Wilson took 5th. Riley Masters tried to push the pace a bit in the men's mile and hung in for 5th. Katie and Riley are two of nine Brooks Beasts who competed at the meet. We assume a raucous team party ensued after the meet as all nine of their runners turned in top 5 finishes

Though the college athletes still have their national championships later this month, this was basically the end of the indoor season for the pros. All in all, a good three days on top of a couple of good months of action, with a lot of athletes pumped about the 2015 outdoor season and the World Championships in Beijing.

We would be remiss if we didn't go back two weekends to the Gasparilla Half Marathon, which was ABer Neely Spence Gracey's debut at this distance. Despite never having competed at anything close to this distance she a) took second, less than 4 seconds behind Jen Rhines and b) qualified for the 2016 Olympic Trials marathon with her time of 72:43. "This race far exceeded my expectations" she told the Tampa Tribune. It does sound like a good day for the daughter of a multiple national title holder, Steve Spence.

Shifting gears a bit, Alan Webb will make his ITU World Triathlon Series debut this Saturday in Abu Dhabi. You can read some of the details here, but basically, you need to be competing in the ITU events to have a shot at the Olympics.

For more detail accounts on the Championship action, check out these articles: