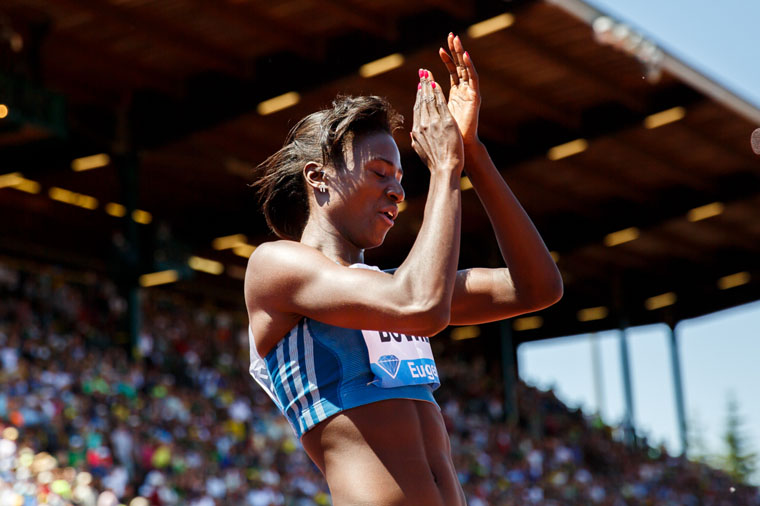 At the Pre Classic, Tori Bowie ran the 200 meters in a world leading time of 22.18 seconds. Below are her comments following the race.

“To start off with the sprints, I was the girl who was supposed to be the alternate.  If something happens then I take their spot. Someone pulled out of the race and I found out two days ago that I’d be running, that I had to fill lane 1.  It was an awful feeling knowing that; lane one!  I’m in the heat with an amazing field.  It’s kind of a scary feeling to be in lane one.  So I went out there and my main goal was to be the first person to come off the curve.  I knew if I was the first person off the curve, I knew I’d have a great race.  I tried to beat everyone off the curve today.

I wasn’t even thinking about time.  I was just scared.  It was just my second 200 my entire life.  I didn’t want anyone to pass me.  I just kept running and kept running.  It paid off."