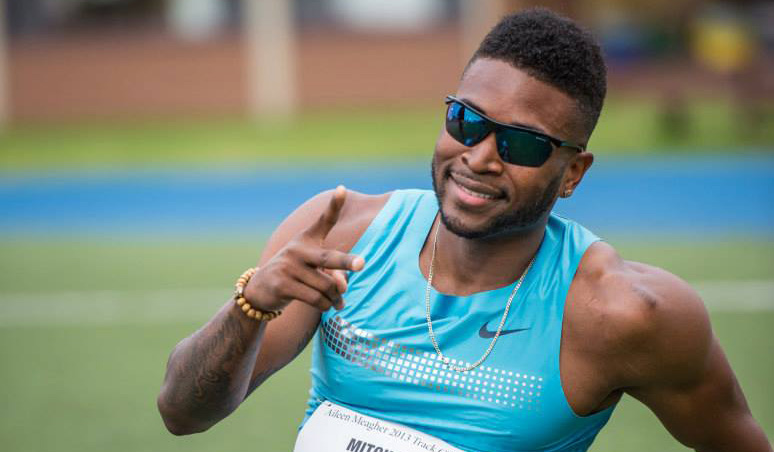 "Ah... 2014! A season full of ups and downs; twists and turns; tears of joy and some through sadness.

It's been two years since the break in London. One would think that I would be 100% by now. Physically I struggled at times this season and have off/on since August of 2012 with staying healthy due to the injury. Mentally I am still jumping hurdles but I feel like we are on the correct path to Gold soon.

Below parallel (the low points)

There were two: Penn Relays 4x400 and the loss of a friend & teammate (Torrin Lawrence)

My coach always told me that the incoming runner is held responsible for getting the baton into the outgoing runners hand. I refuse to go any further on that though. I took full responsibility for the craziest thing I have ever experienced in this sport. Lost my composure live in front of my fans and I vowed to never let that happen again. Track... You won that day. PS--ref... Check the rule book. It was completely legal for me to change spots. That only applies to the indoor relay where runners must remain set in order. Took huge blows for that one, but I moved on from it. The memes were funny though. Own "teammates" took a stab at me. Ha. All good though. Life goes on!

When Torrin passed away I went into a shell. It seemed like I lost everything when I heard the news. We were just talking about shoes and spike designs and him coming on board to speak to kids with me when I came to his area. It was crazy. So young, talented, and humble. I lost a great teammate but an even greater friend. We lost a quarter-horse in the stable... But God gained one fast angel!

On a happier note

I ran a seasons best at the USA Outdoor Championships on June 28th. 45.09! Not the fastest in the world (finished 5th in the US) however what most people failed to notice is that this time was achieved out of lane 1. Splitting 22.53 & 22.56 <---crazy... I ran about as even as you can run. It was all heart though. This really boosted my confidence for the remainder of the season. I knew that if I kept that pace I could run sub 45 easily elsewhere on the track, preferably in 4, 5, or 6.

It has always been about more than running to me. I was given a tremendous platform with the events that occurred in London. So much so that it has enabled me to travel across the World to share my story and encourage people to never give up on themselves or their dreams. My message is an extended version of my mantra #FaithFocusFinish. It is amazing to see the looks on students and athletes faces as I give them a little piece of hope. I have now made over 236 appearances and talked to over 340,000 student-athletes, kids, etc. I hope to double that next season."

Click here to go back to read more 2014 reflections