Georgia Track Club: The Board Members 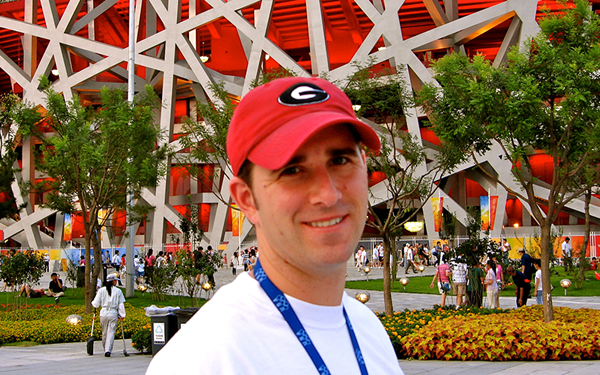 Josh Glass is a second-generation sports chiropractor specializing in the treatment and prevention of athletic injures. He treats athletes of all levels, from the beginner to the professional and Olympian, with the vast majority being runners.

He has been involved in track and field since running his first local races in 1984. He competed in local metro clubs, for Wheeler Highs School, and as a varsity member of the University of Georgia Cross Country and Track Teams from 1991 to 1996.

He has been highly involved in professional track and field since his college days, working with athletes at every USA Track and Field Outdoor Championships and Olympic Trials since 1994. He has traveled with athletes to the 2004 Athens and 2008 Beijing Olympic Games, 2007 and 2013 Outdoor World Championships, and 2006 and 2010 World Indoor Championships. He has traveled extensively on the European track circuit with Georgia athletes and as a contractor for Nike. He was also a member of the USATF sports medicine team for the 2009 Berlin and 2011 Daegu Outdoor World Championships He serves as the sports medicine representative for USATF Athlete Advisory Committee and the Sports Medicine Director for the Track and Field Athletes Association. Josh also served on the 2012 United States Olympic Team Sports Medicine staff at the London Games with Track and Field. He owns Georgia Sports Chiropractic in Atlanta. 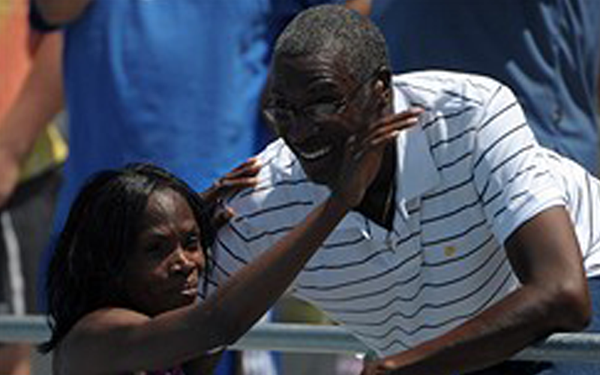 Nat Page is in his 18th year as an assistant coach for the Georgia Tech track and field program. Page is responsible for coaching field events, including high jump, long jump and triple jump, as well as the men’s and women’s sprint hurdle events.

A native of Evanston, Ill., Page was a NCAA Champion high jumper at the University of Missouri in 1979. He was ranked in the top 10 in the world from 1979-81 and earned a spot on the United States’ 1980 Olympic team after finishing second at the U.S. Olympic Trials.   Additionally, Page also competed at a world-class level in the both the high and intermediate hurdles from 1984-92. From 1990-92, he was ranked in the top 10 in the world in the 400 intermediate hurdles. A member of the United States’ 1992 World Cup team, Page was a finalist at the U.S. Track and Field Championships every year from 1985-91.   He was inducted into the University of Missouri Athletic Hall of Fame in 1999, where he was a five-time All-American and a four-time Big 8 high jump champion. He was named outdoor MVP of the Big 8 Championship in 1978. 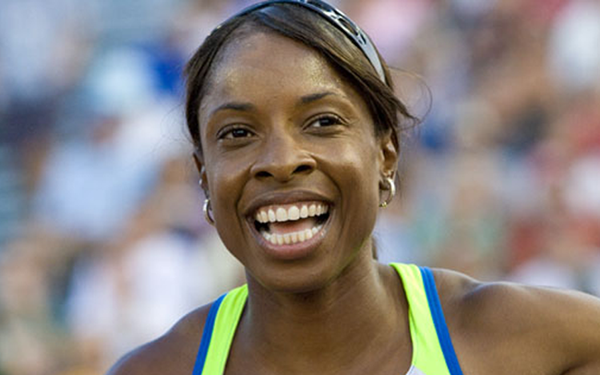 Hazel Clark is a graduate of University of Florida. While competing as a Gator she became the only women in history to be undefeated in SEC competition. She also broke the indoor NCAA meet record which stands today. Hazel is a three time Olympian and Olympic finalist in the 800 meters. During her career she won 7 national titles and two Olympic trials titles. She also lead her sister and sister in law in a historic sweep of the women’s 800 at the 2000 Olympic trials. Hazel now resides in Georgia where she is health and wellness ambassador for Dekalb Medical and a sports commentator. Her commitment to track as field continues through The Future Olympian track clinics which allow her to touch and shape the lives of young people world wide. 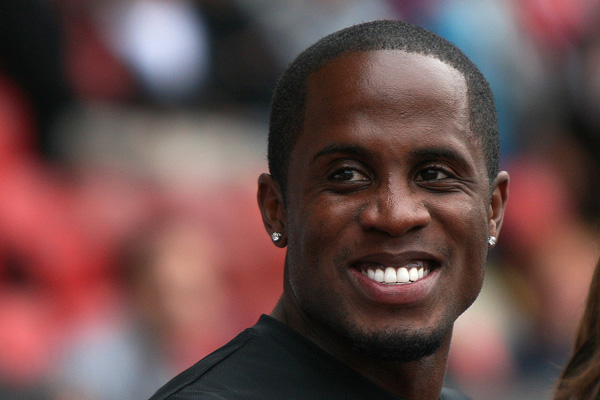 The story of Dwight Phillips nearly ended before it began. At the age of 10 a freak motorcycle accident left him with severe injuries including two broken legs. His prognosis was grim and doctor’s informed his parents that he would probably not be able to participate in sports going forward. For a very active and athletic young man this blow was devastating and he set about learning to walk again with a steely resolve to run again and prove his doctors wrong.

He achieved his goal in a major way and became a two sport  high school standout at Tucker High where he won multiple state titles and earned a scholarship to University of kentucky. While at Kentucky Dwight earned all american status and helped his team to a place finish in the 4X400 at NCAA’s yet, he knew that his talent and work ethic could take him much further. After a move to Arizona State he rose up the collegiate ranks and finished as runner up at the 1999,2000 NCAA championships.

Unfortunately, in a competitive sport where sponsors are attracted to champions second was not enough to earn him a lucrative sponsorship and Dwight was left to train on limited funds. He briefly contemplated taking a sales job which offered a base salary and commission but decided in the end that he was born to compete. “ I have a real love of track and field, I just couldn’t see myself abandoning my dreams because there were challenges ahead. I thrive in adversity and this was no different.”

In 2000, his gamble paid off when he qualified for the Olympic team and went on to be the only long jump finalist from the United States. Yet, he was not satisfied with reaching the prestigious Olympic final, Dwight would not quit until he was crowned Olympic champion.

Year after year, Dwight trained and competed solidifying his position as one of the most accomplished and consistent performers in the history of track and field and would eventually win a staggering five World titles. In 2004, four years after his first Olympic team berth the ultimate dream of Dwight Phillips would be realized on the world’s biggest stage. where he was crowned as Olympic champion. “As I listened to our National anthem I saw a movie of my life. From my accident as a young boy, to my many losses, injuries and struggles I never stopped believing in myself. It was extremely emotional, rewarding and gratifying.”

Today he uses his inspirational story to motivate others and helps athletes secure funding and jobs through his video resume company MyResumercial. "It's my way of giving back to the next generation of Olympians. I know how stressful the career transition and sponsorship procurement can be. I wanted to create a tool that would make things a little easier." He is also the co founder of a behavioral health organization which offers services, programs and events to individuals suffering with mental illness: Leap of Faith Community Outreach 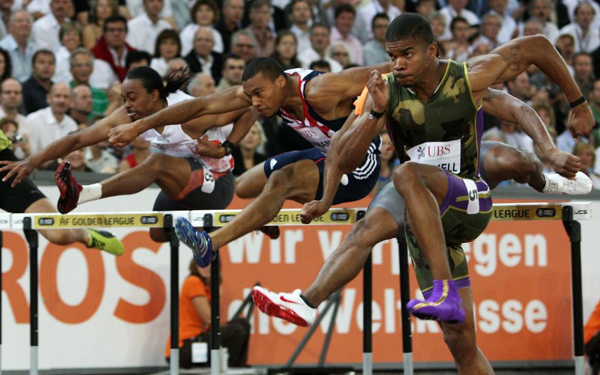 Trammell made his first Olympic team in 2000 as a 21-year-old. Ten years later he set the American record in the indoor 60m hurdles in winning silver at the World Indoor Championships and continues to compete at an elite level. He has won a total of eight Olympic or World Championships medals. Formerly coached by Curtis Frye, Trammell’s closest training partner for many years was 1996 Olympic gold medalist Allen Johnson. He was the track team captain at the University of South Carolina where he studied business and retail management. Trammell graduated with his bachelor’s degree from South Carolina in December 2002. In high school, he was an All-American in track and football. Track & Field News named him the Male High School Athlete of the Year in 2007. During the 1997 Georgia State Championships at the Georgia Dome in Atlanta, he tied the national record for the 60m hurdles. He owns and designs Track Star Apparel and even designed the Olympic women’s track uniform for Guinea in 2008.