As the saying goes, hindsight is 20/20. If given the opportunity of a 'do over', we may do something a little different. This also goes for the world's finest athletes. Check out the stories below for our reflections, lessons learned, and what we would do differently if we could set 2014 on repeat. 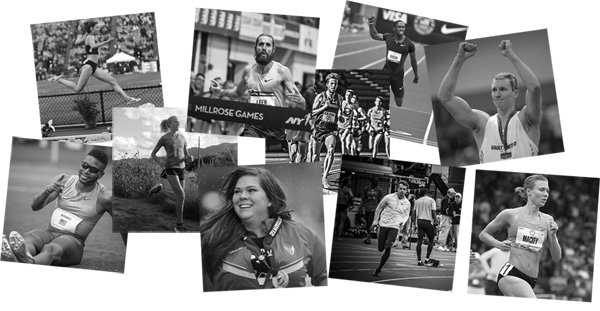 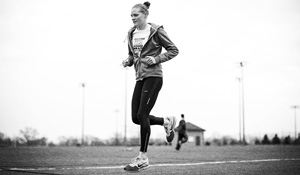 "2014 was in many ways a great year for me, but also one of disappointment and frustration.  After a quiet, but fairly solid indoor season, I felt ready and hungry to run down some fast times in the outdoor season.  I had the great experience of racing my first road mile (at the Road Mile Championship no less) in Des Moines, and was pretty pleased with my 4th place finish.  I was also able to snag a 1500 PR at the Oxy HP Meet, and felt strong and relaxed rabbiting the 1500 at the Adidas Grand Prix in New York.  Of course between these highs I did have some subpar performances and less than stellar workouts, but heading into the USA Championships I was feeling posed and ready for a great performance.

Throughout the outdoor season, however, I began to feel a little bit of tightness in my left foot.  I was quick to chalk it up to the typical aches and pains of training.  Then the tightness started to occasionally morph to soreness.  This slightly concerned me, but again I was able to keep a handle on it and still train normally.  That is until a track workout about 1.5 weeks out from USA’s.  Only a few repeats in, I knew something was wrong.  I could feel a sharp stabbing pain in my heel, and after cutting the workout short even walking became a struggle.

With USA’s only 10 days out, I was worried, but figured a few days in the pool and off my feet would do the trick.  Unfortunately, this was not the case.  I tired a Hail Mary and got a cortisone injection 5 days before the race, stayed off my feet and hoped for the best.  Unfortunately, the track gods were not in my favor and on race day; my foot was sore as ever.  I attempted to race the 1500 prelim, but unfortunately was unable to finish.  It was my first DNF ever, and I was gutted.

While this was a difficult experience, I did learn a very important lesson.  I should have listened to my body, and responded to its needs better.  If I could go back, I would have been more vocal with my coach about the soreness in my foot. I would have tried to stayed more on top of my recovery, seen the massage therapist and physio more.  I would have been more conscientious about doing more prehab and strengthening exercises.  Would’ve, should’ve, could’ve.

Unfortunately, I cannot go back.  I can, however, move forward and make sure I do not repeat my mistakes.  After a PRP injection, some time off, and taking care of the little things I am excited to enter the 2015 season healthy and a little wiser."

If I had a 'do over' for 2014, it would be to not push my body past its limits. As good as my body may feel, I should only do what I'm told to do in the weight room and in the ring.

That extra energy is used for meets and competing my best.

"The biggest surprise about the pro experience has to be just how many people from my past have reached out to me about all of my success. People that I was sure who had forgotten me or that I had never been 'close' friends with have gone out of their way to...Keep Reading

"My 2014 competitive season was long. Very long. I began racing in the first week of February at the Boston Indoor Grand Prix and concluded my season in September at the 5th Avenue Mile. In between those book ends were about 20 other races. In addition...Keep Reading

"Many people believe in a 'no regrets' and 'everything happens for a reason' ideology. Although I understand this perspective, I feel like it is essential to reflect on the past. 2014 was the year of transition. I moved from Providence, Rhode Island to Austin, Texas. I was no longer an undergraduate, but a graduate student. Climate, culture, team dynamics, coaching, and training regimen were all new factors in my life...Keep Reading

BALANCING LIFE ISSUE
Planning. I’m getting better at it, but I sometimes feel like there aren’t enough hours in the day to accomplish everything!

"If there is one thing I could go back and re-do in 2014, it would be in the very first week of this year... I was 4 weeks into a forced break from running due to knee pain, and I still had no answers.

If I could turn back the clock, I would have gotten imaging done immediately...Keep Reading

"If I could have one do-over for this year, I'd probably say that I wish I'd handled the 2014 IAAF World Half Marathon Championship better - that I had been able to control my emotions better.

I think the pressure that I felt going into my first...Keep Reading

"If I had a 'do over' for 2014 it probably would be being more picky with my racing schedule. With it being an off year I kind of took every racing opportunity that presented itself.

Don't get me wrong, I had a great time doing it and got to see some amazing places but...Keep Reading

"I had a lot of things 'go wrong' for me this year, but I wouldn't necessarily do anything different.

I am confident that I did the best I could, knowing what I knew at each decision point...Keep Reading

"If I could have one 'do-over' for 2014 it would be to 'live in the present.' The indoor season went really well for me because I wasn't looking ahead and just raced the people around me. Then in outdoors I faced many distractions that I allowed to get into my head...Keep Reading

"If I had a do over, I would have definitely continued to train for the 400m. The training alone would be a great way to increase my 'running strength' leading into the years to come (Worlds and Olympics)...Keep Reading

"Well, I really learned my lesson the hard way with traveling abroad and how I eat/prepare for traveling at the Continental Cup! It’s tricky because as a member of Team USA we are extremely fortunate to stay in really amazing resorts when abroad. It feels so safe and so much like traveling in the US that...Keep Reading

"As with most athletes I had a mix of ups and downs throughout my competitive season last year. Thankfully it ended pretty well. I had a little slump early...Keep Reading

"I have one big 'do over' for the past 2014 season, and that would be to dedicate one or two days to sit down, call my coaches, agent, etc. and get organized before the season even started. Last September, I got married and started a full-time job...Keep Reading

"For the 2014 season, I managed to start my indoor season off pretty great. I was able to break my pr 3 separate times throughout the season. My final race resulting in breaking my PR was at the USA Indoor Championships, and immediately after the broken PR, I also broke (tore) many ligaments in my ankle...Keep Reading

"This year was a bit weird for me. 2014 has been my best, worst year. On paper it has been nothing but progress with my world ranking going up, my throwing average this year went up about 2 meters, and I finished higher in the Hammer Challenge this year than last. However...Keep Reading

"I only had two post race interviews this track season and I feel like a really squandered both. During indoor I ran my first sub four-minute mile...Keep Reading

"Ah... 2014! A season full of ups and downs; twists and turns; tears of joy and some through sadness.

It's been two years since the break in London. One would think that I would be 100% by now. Physically I struggled at times this season and have off/on since August of 2012 with staying healthy due to the injury...Keep Reading