Before trail and mountain running there was cross country. I love cross country. Strength, speed, agility and guts required over 5-8 (preferably muddy) kilometers. And the best part is that I don’t have to worry about getting lost, eating and drinking while running, falling off a cliff or being eaten by bears.

The Vancouver Spirit Run, previously held in Whistler, B.C., pays tribute to the many life achievements of Frank Reynolds (August 11, 1939 – December 28, 2006), a local Vancouverite with a passion for the sport. His vision was to “provide a world-class running event in the beautiful backyard of British Columbia.” I can confirm that the Spirit Run embodies Frank’s intentions.

Mid-September is very early in the year for me to run cross country. Typically I don’t start racing cross until late October after having some quality speed workouts. But I am using a couple of cross country races to prepare for the fast Lake Padden Trail Half Marathon, the U.S. Championships on October 17th. The course around Jericho Beach Park was a 3 x 2 kilometer loop. This is the same venue that has hosted Canadian Cross Country Nationals the last 4 years. Jericho Beach likes extreme weather… 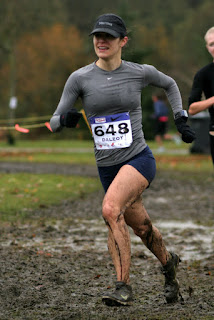 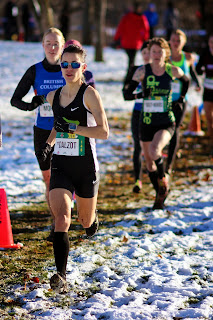 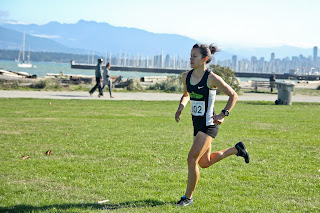 I don’t think I will ever have a PR (personal record) at Jericho Beach! Nevertheless, the racing is always good. I sat in 4th place for the first lap and then worked up to third by the start of the 2nd lap. I was hesitant to move away from the lead pack as the wind was so powerful it was knocking my left leg into my right. But I gradually pulled away and used the short steep hill and slow mulch path to increase my lead. Fortunately, I held off for the win and was showered with plentiful prizes by the races generous sponsors. Full results here. 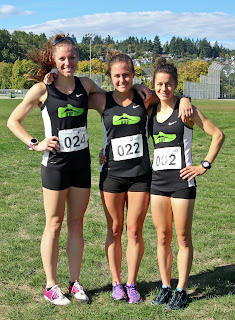 Anchoring each other down

Alyson and Aly, my Bellingham Distance Project (BDP) teammates, also headed north to compete. Cross country is not the same without a team and I am very blessed to have these awesome girls as friends, motivators and supports. We each had a solid performance which is a stepping stone into a successful 2015 season!Coming off a large training chunk I definitely lacked pep in my step; I never had another gear to kick into, just a steady grind. It feels good to get the rust buster out of the way and with another speed workout this week the next race should feel more comfortable (which means more painful because if you’re comfortable you can push it that much more!).

Many thanks to the race organizers, volunteers and sponsors, especially SierraSil for the generous prize purse and to Santevia for the awesome mineralized alkaline water bottles. 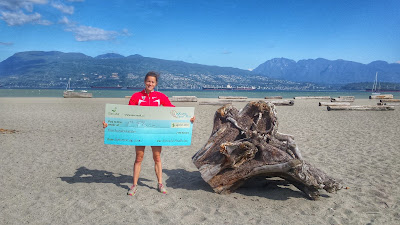 It was a good day at the office!

*All photos credit to Tad Davis