from Giving the Glory

Two of the most important lessons my parents ever taught me were to be humble and not worry about comparing myself to others. These lessons aren’t the easiest to live by in the competitive running world, but in the social media world they seem to bring an even greater struggle.

When social media first came about it was an incredible new means of communication allowing anyone and everyone to stay connected. “The future of communication,” says socialmediadefined.com. But somewhere along the lines there’s been a great shift from social-media, to social-ME-dia. The social side has been reduced to clicking of a “like” button, rather than giving our friend a call to speak the words, “Congrats on the new baby!” Meanwhile, we’re willing to go the extra mile with selfie sticks, GoPros and fancy photo editing apps to make sure whatever we post to the world makes our lives look perfect.

As Urban Dictionary describes it, social media is essentially, “Your electronic Second Life.” It’s become a sort of alternate universe where you can edit your life to look exactly how you wish, leaving us all in a constant struggle to keep up with the “picture perfect” lives of our thousands of “friends.” If this is the so-called “future of communication,” then we’re in for some trouble!

Much like the competitive aspect of athletics, social media has both good and bad sides. The negative side resulting in two major struggles: pride and envy. As a competitive person overall, I’ll admit I’ve had internal struggles with pride and envy. In athletics, its hard not to feel bitter when someone beats you, but just because you’re upset doesn’t mean you have to act upon it. You shake hands, say congrats, put your head down and move on towards your next goal. Since track and field is mostly an individual sport there’s really no need to focus on anyone but yourself and your goals. Sure, to be the best you have to be competitive, but envy is the result of competitiveness taken too far.

Social media allows us to slowly slip into a state of envy, or even depression if we’re not careful. It can become an addiction, one that feeds off the desire for pride. The desire for more “likes” and followers leads its users to feel more and more need to boast and exaggerate, creating a false portrayal of a perfectly happy life. A recent and saddening example is the story of Madison Holleran, who’s depression was hidden behind forced smiles and colorfully filtered, picture-perfect Instagram photos even minutes before the University of Penn track athlete took her very life.

The ESPN article speaks of the struggles Madison and her friends faced when checking social media,

“Checking Instagram is like opening a magazine to see a fashion advertisement. Except an ad is branded as what it is: a staged image on glossy paper. –Instagram is passed off as real life.”

If you spend enough time in the virtual world of social media it won’t take long to notice some of the negative impacts it can have on your views. A few months ago, I started noticing I was spending way too much time on my phone. Most of it was just mindless scrolling, subconsciously allowing those filtered images of other’s lives to be passed as reality, one worthy to be envious of. Being injured, it also didn’t help to get on Twitter and scroll through nothing but race results, many of which were my own competition going out and achieving my own goals. The more I absorbed myself in it, the less I was able to focus on the happiness and blessings that existed in my own real life.

In Dante’s famous piece of literature, The Divine Comedy, the punishment for the envious is to have their eyes sewn shut with wire. In respect to social media, our eyes can become our greatest enemy if we allow them took look upon other’s success (or apparent success) with jealousy and greed. We can also easily fall into the trap of self-glorification, rather than giving the glory. And so, when I realized my addiction to social media was getting out of hand I decided the best answer was to give it up entirely. For 40 days of Lent I let it go (for the most part!) and as time went on, it became evident that the minutes or even hours wasted on my phone could never compare to the joy of living in the moment.

Unfortunately, my hopes were that after those 40 days I would have broken my addiction completely, but I was wrong. Soon after I found myself right back on the same screens, perhaps simply out of boredom in mundane moments of the day. But luckily, this time I was able to recognize the danger of falling back into old habits. I knew I didn’t want that, so I prayed for help in overcoming these struggles. What happened next seemed to be nothing less than divine intervention…my phone randomly died a few days later.

It’s been a week or so now since I reactivated the good old flip phone, and though not having Google Maps has been challenging, I have to say its refreshing not having to face the temptation of mindless Internet browsing. I’m tempted to see how long I can go, to be one of those hundred or so people left with a non-smart phone, but then I remind myself that we can’t always run from our struggles, eventually we have to face them. 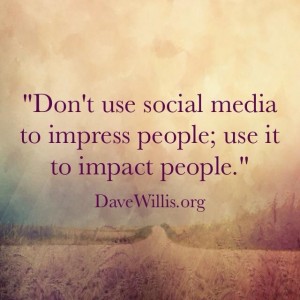 Giving up Social media entirely is not the answer for most of us, in fact this blog wouldn’t exist without it! Social media is a powerful tool, but with great power comes great responsibility. It has the power of impacting billions of lives, for the better or for the worse. So next time you find yourself mindlessly scrolling, or wasting 20-minutes editing a stupid photo, ask yourself what impact this will really have on you, and the world around you. Let’s not use social media to impress people, but to impact people. Let’s stop faking it and show the world our true selves, our own #LifeUnfiltered.

P.S. I found this video shockingly accurate and rather hilarious…

View all articles by Amanda Winslow-Rego