from Amy and Jesse

I ran 400s on the track this morning. By most accounts, it was a great start to the day. The sun illuminated the mountains, the air was crisp, and I hit my splits with precision in the company of a good friend. My body labored with effort rather than injury related imbalances, for which I felt very grateful.

Except for one nagging thing – I was “slow.” Running quarters at a pace that “should be” a mile or even two-mile effort. Despite attending to the positives (Sunshine! Cool air! I’m running healthy!), I couldn’t ignore the whispers in my head. The how-will-you-ever-run-a-fast-marathon-again-when-you’re-breathing-this-hard-for quarter-mile-repeats whispers. Naturally, I want to silence these unproductive thoughts. Make them disappear. So, I’m writing a blog about them.

The challenging part of being many years into my running journey is that the seconds are harder to shave off. The nice part is that I now have a wealth of experience – memories that help me quiet the doubts that surface in the middle of track workouts.

Back in 2011, when I first wanted to break three hours in the marathon, I wouldn’t allow myself to think about 26.2 miles at that pace. I started with half mile repeats, which became whole ones, which became a half marathon, and you get the idea. I was new to running then, but somehow I knew to take the first step without worrying about the rest of the staircase.

Which brings me to today. Coming back from injury is similar to starting running for the first time. My current level of fitness has little relation to my future results. I have a growth mindset, and believe in my potential. There’s no point in worrying about how I’m going to run a marathon at 6:18 pace per mile. I don’t have to do that today, or any time soon. Today, I only had to run twelve 400s. Mission accomplished. The first step. 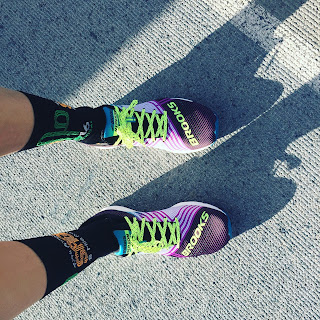 Deep thoughts from the track… 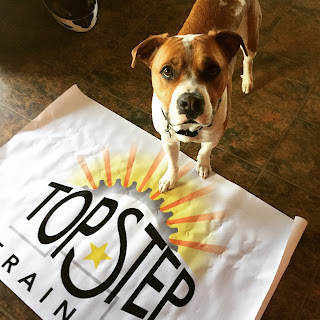 Continually inspired by how Jesse has grown his business this year! Roman the dog is too.

Cheers to taking the first step, whatever it may be!

View all articles by Amy Cole