The Olympic Trials are such an exciting time! It’s electric! And everyone is straddling that line of excited/nervous (if they haven’t gone right past that line and straight into “Nervous Only!” that is).

You should probably be a fan of everyone at the Olympic Trials because we all busted our ass and have thought about this particular weekend for the past 4 or so years. But, if you need help figuring out whom to root a little extra for, here is my PHOEBE-IS-A-FAN-OF-THESE-400m AND UP-RUNNERS-SO-YOU-SHOULD-BE-TOO LIST. 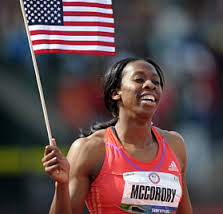 Fran off the track loves dancing, joking, laughing, and entertaining. I’m not sure I’ve ever seen her not smiling.  It’s contagious.

On the track she is not afraid to hurt. She always goes to the well—you can tell by her post race interviews. Most runners try hard to keep it together and mask the lactic acid under a fake smile while giving some “I felt really great today” generic statement—not Fran. Fran is breathing heavy while speaking her mind in an honest, refreshing way. She’s the woman you want anchoring your 4×4 because you know she will give it her all plus however much else is needed to get the win. 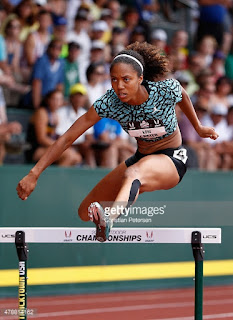 There is only one thing Kori is better at than the 400mH. Hugging. This lady is a hugger. Every time I see her, we just hug for a few minutes and then talk—usually about her baby dog, or her BFF Ajee Wilson—and then we hug some more. I want her to win just so I can give her a celebratory hug afterward. 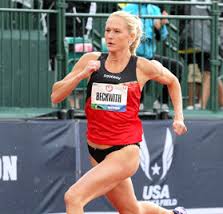 Molly is a soccer player turned top-in-the-world runner. She runs because she loves it. Because something would be missing in her life if she didn’t have some competitive outlet. In the same way that kids find joy in playing tag, Molly finds joy in competing. Plus she has gotten 4th way to many damn times, so she has paid her dues. 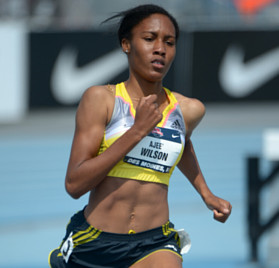 Ajee is the real deal. She’s young, fierce, poised, and has a deadly kick. She skipped the collegiate ranks and went straight from high school to pro. And she might be the best pro. When I grow up, I want to be a runner like Ajee.

Plus! When she’s off the track, she doesn’t think about track. One time, I was roommates with Ajee and we couldn’t stop laughing. She said, “I train with 13 year old boys, so that explains my sense of humor. What’s your excuse?” And that’s how I knew we’d be friends. 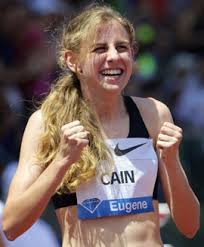 Mary was THE high school phenom. She turned professional, and has struggled during the process. I don’t think people realize how much this young woman has been through. She’s endured a lot of changes and struggles and expectations that most people will never begin to comprehend. She hasn’t quite figured out that she is lucky to have these experiences—only truly great people get the privilege of these types of struggles.

Despite all that, she still is running respectable times and has a smile on her face while doing it. She is a once in a lifetime talent, and it is just a matter of time before she gets back on top—could the Olympic Trials be the start of some upward momentum?! I hope so! 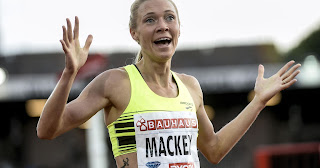 I am lucky to train with Katie. Imagine the energy of a Skittles commercial packed into a cute and ferociously fit body. She is just a bottle of emotions—and you can see these emotions when she races. She wants it. She would run through a brick wall to win. Plus she’s good hearted and genuinely wants everyone to do well. 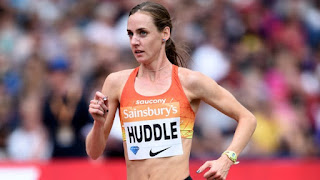 Molly is quiet and unassuming. And then she steps on the track and becomes a lethal killing machine. She can win from the front or from a kick and is the most consistent runner on the track currently. 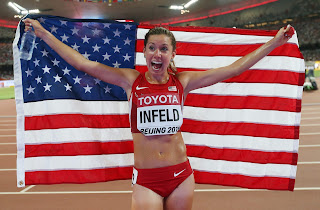 Emily is working on her Snap Chat Lip Sync Career while winning medals on the track in her spare time. Maybe they are related? Maybe she gets warmed up to run by belting out those favorite 90s hits?

Emily has been through it, she’s run great, she’s run bad, she’s been injured, she’s been the fittest she’s ever been. And she brings it at the Championship races. She’s got a great perspective on everything and might be the nicest human alive. 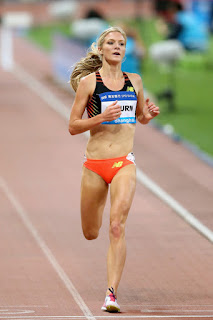 Emma is like a Navy SEAL trapped in a bombshell bod. When she steps on the track it is all business. She knows her splits, hits her splits, and then runs people down the last 400m. She always executes. You can see it in her eyes.

Plus! She’s going to be in the ESPN body issue! 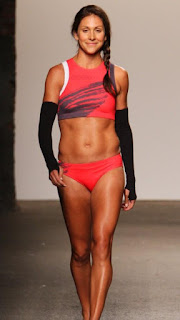 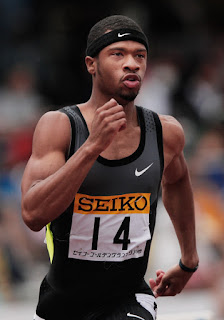 Johnny and I bonded because we have similar stories. Johnny was the bomb in college, but then has not lived up to expectations in the professional ranks. He went from being too serious about running, to questioning the purpose, to deciding he was going to not just make the Olympic Team, but win a medal for our Olympic Team. And I believe him. He has gone through the growing pains and now is running very well.

Plus! Both of us are kids at heart. In Jamaica after the meet, we gathered everyone to hang out in the pool. He said, “Let’s have a relay race!” and I said, “Yes! I have been training for this moment. And we are going to be good friends.” 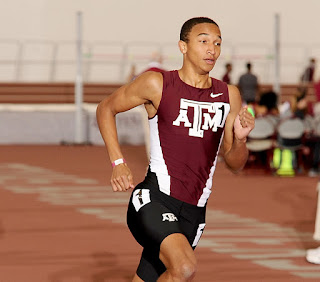 His confidence should be through the roof, and it’s fun to watch youngsters figure out how much talent they have.

These 3 have such a good flow at practice. 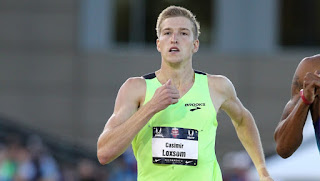 Cas is high class. His idea of a good night is drinking expensive wine while having an intense debate about “who is the best runner of all time, really?” Plus he’s the fastest of the 3 in a 100m dash. 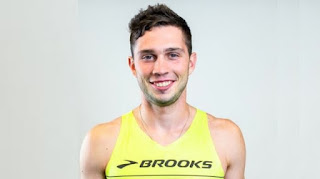 Drew is quiet and observant. He’s smart and level headed. He’s raced well this season and is coming off a PR. He’s my dark horse pick for the 3rd spot. 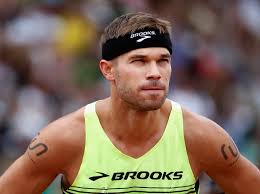 Save Track and Field

And he doesn’t question it and gets it done. He is such an asset for our sport. 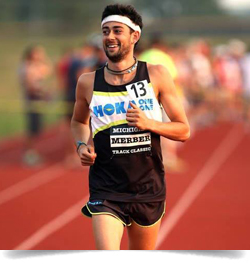 Kyle has been hurt this season, but even hurt he is fun to be a fan of. He’s like that slightly awkward, yet hilarious, TV character everyone loves—like a more intelligent Cramer. His twitter is entertaining, his blog is insightful, and he would be voted “Most Popular” if the Track and Field community were high school.

Leo Manzano
1500m
Hoka One One 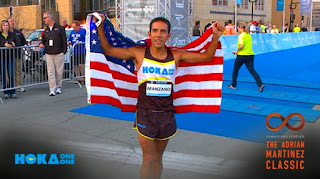 Leo is fun to be a fan of because you have no clue how he is going to run most of the time—the exception is the trials. He could get DFL in a low-key race one week, and then he’d be Olympic Champion the next. He is a game day racer—he needs the pressure of a Championship to perform. I respect that. I think he not only will win the trails, but I think he will win the Olympics. 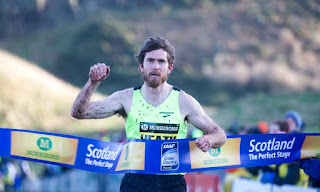 Everyone has a crush on Garrett. He’s nice, well-rounded, blue collar, and works really F’in hard. He’s the mayor of track, if track were to have a mayor. He knows everyone. If for some reason we had to live off the land in backwoods Minnesota, he’d be the guy you’d want in your squad . He’s taken some serious scalps in cross-country, so the crappier the weather, the more I’m banking on Garrett to take the win. 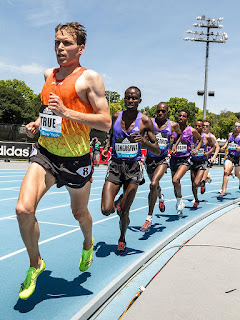 Ben is such a mystery. He trains solo in the mountains. He cross-country skis in the winter for cross training. He wins 5ks. I often wonder to myself, “what’s he even doing up there?!” He’s an aerobic monster and his speed is good considering he run 3:36 recently at the Adidas Boost Games. 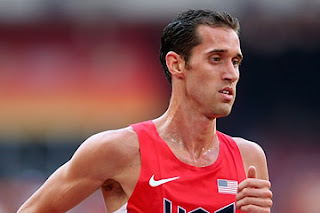 Things I appreciate about Ryan: his talent, his speed, his work ethic, his kick, his ability to win, and his quick one-liners. I wish someone would mic Ryan up so we could all be privy to his jokes he murmurs under his breath.

He’s probably our best chance to medal at the 5k, but he is coming off a poor showing at the Prefontaine Classic—which I’m assuming was poor because he was training right through it. His eyes are on the Olympic prize. 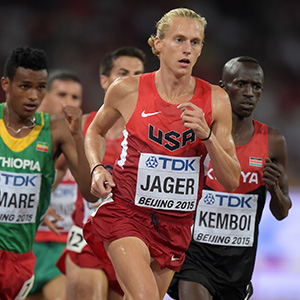 Evan would be Mr. America of Track. He has flowing locks, and a light-on-his feet bouncy smooth stride. He really should be a Pantene Pro V spokes person.

He’s got some big goals, even though he rarely admits to them in interviews—he’s modest even though he is the class of the field. I appreciate that.I think this is the year he breaks 8 minutes in the steeple and the year he nabs a medal at the Olympics.

View all articles by Phoebe Wright