from I’m Gonna Be…

Something that even one year ago I would’ve never believed would be possible, I am sitting in the airport waiting for my trip to Rome to compete in an international 50K!  It’s still so surreal.  I wonder if I’m going to wake up from a dream, but I know I’m not.  I’m here, I have my Team USA kit, I’ve gotten all the emails and I have my plane ticket.  Crazy!  Thank you to all of you who have shown support and happiness for this change.

The last few weeks have been nuts.  It’s been pretty stressful.  My body has reacted to the stress in new and interesting ways, but I’m coping and everything should be just fine!  I’ve learned new ways to deal with different types of stress, and been enjoying doing more fun things than we would normally do, so that’s been a plus.  Sporadic comments like “hey, you want to go into town and goof around for an hour?” are things you would normally never hear at our house, but lately have been.  During some of the nice weather I’ve been able to get out and get some light yard work done, and some not so light.  It’s been great to be outside moving and just enjoying nature. 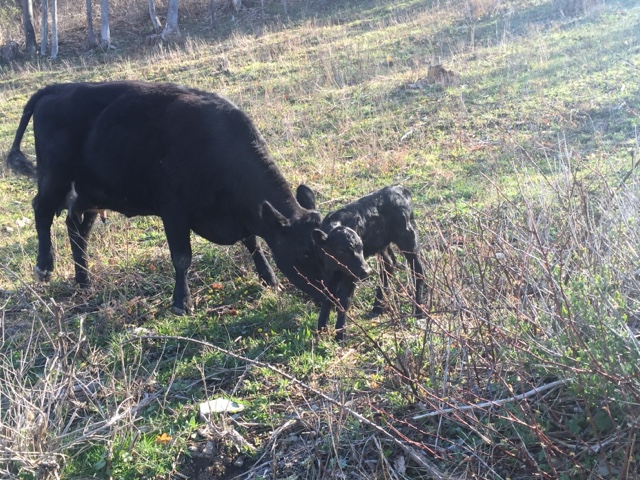 The baby just hours after she was born

Lunch gave birth!  It was such a surprise.  We thought she wasn’t due until the end of May, but apparently we did our math wrong and forgot the bull came earlier than we remembered.  She’s healthy and full of life!  She’s small and was getting out of the fence, towards the road, so we strung up another strand of barbed wire at 6:00 one night in the rain.  But we don’t want her getting down to the road, so it was very worth it. 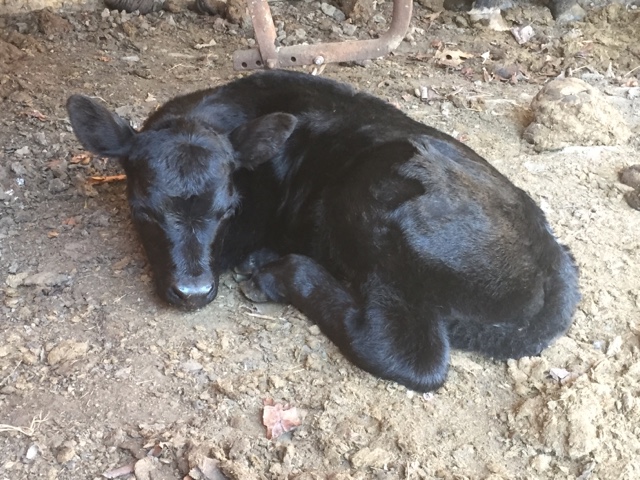 A close up of the little critter

I’ve had a ton of trip preparations to make.  Dave and I had already planned on traveling to Europe to race in Naumburg and La Coruna.  I had to get myself there and find things to do between Rome and Germany.  Luckily that’s not hard to do!  I’m very excited after the 50K to take some time for myself having fun and relaxing.  And getting to see my friend and spending time with her in Hungary!  It’s going to be a great trip and should help clear my head after all the 50K craziness. 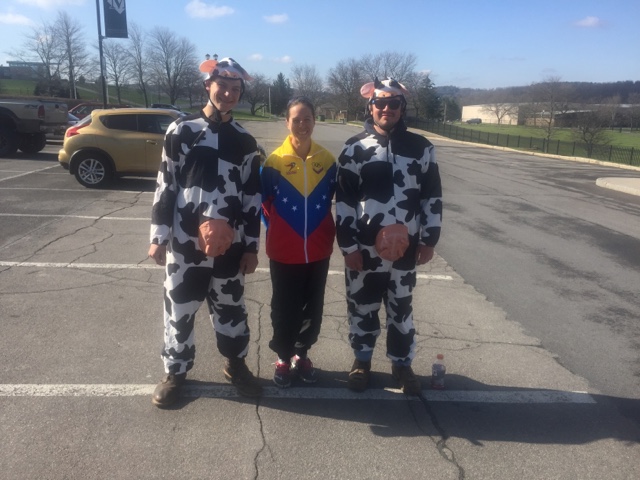 The race was at the Agricultural college, so definitely needed cows!

Dave and I did a local 5K road race yesterday.  We love doing local races as speed sessions.  This one was small, not a lot of people.  And while they described the course as “basically flat” it was anything but.  It was a VERY hilly course.  I finally did it though, I won a running road race by race walking!  I beat the second place woman by over a minute, and she was ahead of me at the start, so it’s not like I started in the lead and stayed there.  I actually started off in third.  That was fun, and while it was a hilly course it was also very scenic and the hills made a nice challenge.  I was incredibly happy with my time too.  I did a double take at my watch twice looking at splits sure it must be wrong and I couldn’t be going that fast, but I was! 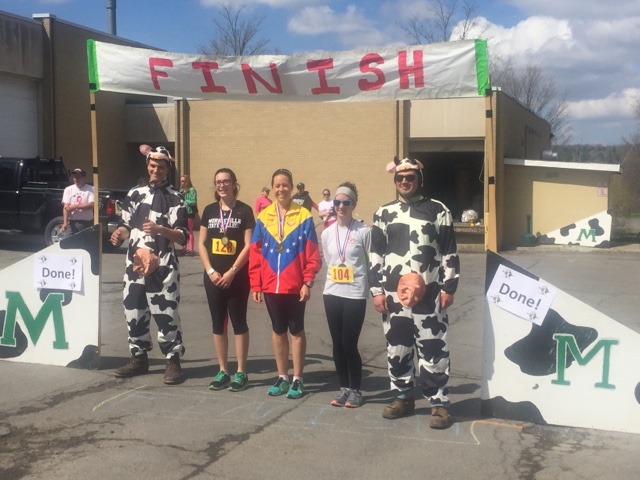 I’m sad Dave can’t come see me race in Rome, but I know he’ll be there in spirit.  He’s been so awesome and supportive and he’s so excited for me to race.

I’m planning on taking tons of pictures, and will post when I can.  I’m so excited to be doing this.  It really is a dream come true!

Check out Erin’s store; any purchase supports her journey!

View all articles by Erin Taylor-Talcott