If you have been paying attention to the NFL lately you will notice something brewing around celebrations after a Touchdown, Tackle, Sack etc. A few years back the NFL started penalizing athletes for excessive celebrations following a play. I think back to the years where Chad Johnson and Terrell Owens used to celebrate after scoring huge touchdowns (Check out some of their best celebrations that were later fined here). It was exciting! I would wait in utter anticipation for them to score just to see what new celebration they had up their sleeve. I wasn’t even a fan of their teams but I would watch their games solely for entertainment. 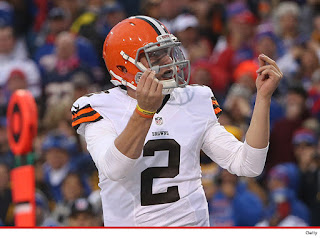 Yes, I used the term “masochism”. Defined as a “person who is gratified by pain, degradation, etc., that is self-imposed or imposed by others” or a “person who finds pleasure in self-denial, submissiveness, etc”. I mean if you can’t celebrate a victory in life then you are clearly degrading yourself. Take for example a professional/elite level marathon runner. They spend 50+ hours a month training and doing all the right things like long runs, workouts, intervals etc. Let’s say they spend 3 months in preparation for a race. That is over 150 hours of work they’ve put in, minimum. They show up on race day with hours and months of work in their past to perfect a mere 2 hours of racing. A football player spends months/years perfecting formations and specific team plays. On many occasions these plays could last less than 2 seconds.

Someone who has never done something like this athletically looks at this and would probably say, “WOW, athletes are insane”. As an athlete myself I would have thought every athlete felt it was perfectly expected to celebrate a victory after years of hard work. I thought this was something all athletes would have in common. Turns out I’m wrong. In fact, many athletes are pure masochists and do not even seem happy after accomplishing something HUGE. I mean I watched Superbowl 50 and I see Peyton Manning with a very neutral look on his face following their victory. WHAT? You just won a freaking Superbowl buddy, get pumped.

I did a little research scrolling on my social media and noticed a lot of people shaming Cam Newton pre and post Superbowl about his ‘Superman’ celebrations following big plays. Now, for all the folks that I knew were not athletes and never had been, it was easy to ignore their commentary. After all, if you haven’t sacrificed time and put in the hard work athletically, how can one expect you to understand how it feels to accomplish an athletic goal that you’ve spent countless time training for? I look at Michelangelo’s “Statue of David” in 1504 and I say WOW. I have no idea how much time it took to accomplish it. There is a disconnect. I don’t have his artistic ability. As a spectator I can look at his art work and not truly understand its value because I have no knowledge of the work, the time, the cost or the sacrifices he had to make. People look at athletes and think what they’ve accomplish looked so easy for them, but fail to realize the years it took to get to that point. So, when I see athletes whom I know have trained hard and accomplished goals athletically shaming another athlete for celebrating, I have to shake my head in disappointment.

We as athletes should understand that celebrating is part of the reason you work so hard. You push yourself, you give up bad foods and try to do all the little things to stay healthy…All to accomplish a goal that maybe took a fraction of the time to achieve in comparison to the hard work you put in. If you aren’t proud of yourself at the end of a long journey of blood, sweat, and tears then you need to ask yourself a very serious question or two:

I admitted to not understanding the value of the Statue of David above, but undoubtedly stand in awe of the Art piece. Its time athletes and fans of sport learn to stand in awe of athletic masterpieces and understand that these are to be celebrated. If an athlete chooses to be mellow about their accomplishments, that’s their choice and that’s ok. However, we all can apply this to our lives. If we aren’t extremely pumped when we accomplish a personal goal then maybe our goals aren’t big enough, maybe they aren’t pushing us to be the best person we can be?

Check out Joe’s store! Any purchase will support his journey!

View all articles by Joseph Gray